Fear, Greed and Awe: The three rails to Bitcoin adoption and how the Bitcoin Tree Forum can help.

If you care about freedom, economic empowerment, the environment, or human flourishing in general, Bitcoin represents a profoundly powerful force for good. Sadly however, this truth is far from self evident and can in fact be wholly counter-intuitive to the uninitiated. Combine this with the maelstrom of misinformation surrounding Bitcoin and the inherent complexity of the domains it affects and we bitcoiners have a bit of a PR fiasco on our hands.  Thus far, good ol fashioned fear and greed have been the most effective ways for people to cut through the aforementioned bramble in order to partake in this monetary revolution. Greed to partake in NGU technology and fear that the madness in the current system demands a reliable hedge.

Might it be possible to appeal to some of humanity’s more noble impulses? What about, wonder, awe, transcendence, or that feeling of participation in something much greater than oneself?  Such feelings are often experienced when encountering the great cathedrals and monuments that are the crowning achievements of civilizations, as well as while experiencing the grandeur and beauty of the natural world. I believe we can tap into this positive vein of human nature and convey Bitcoin’s finer qualities on a visceral level by planting trees. Big f-ing trees.  Giant Sequoia trees ideally.  As the world’s largest tree, the mighty sequoia can live thousands of years, stand over 250 feet tall and grow over 25 feet in diameter.  To behold a sequoia is to behold one of nature’s marvels and to glimpse briefly and every so slightly the creative genius of the universe.  By pushing our time preference lower, Bitcoin helps us more fully participate in that creative power in our everyday lives.  The Bitcoin community would be well served if more pre-coiners grasped this ennobling potential.

With Bitcoin, we can undertake more complex endeavors and coordinate more deeply across time and space.  What better, more cost-effective, more accessible way to demonstrate this low time preference behaviour and the net benefits to our species, than to embark on a mission to plant sequoia groves in every climatically suitable village town and city so that our descendants can revel in their glory 1000 years from now?  Bitcoiners planting trees is a good start, however I believe this activity could be the seed of something bigger.

So here’s the vision: 1000 years from now Bitcoin is everywhere and so is a new civic institution called the Bitcoin Tree Forum (Bitcoin Tree Cathedral or Local Bitcoin Forum are other possible names in keeping with its intention). The Bitcoin Tree Forum is a grove of old growth trees planted by bitcoiners and stewarded by bitcoiners as an act of service to the generations to come.  It serves as a place to gather and coordinate human effort towards projects that promise long term value to the community.  It's a meeting place for citizens to lower their time preference and partake in something bigger than themselves. At the center of the grove is a publicly accessible Bitcoin node that serves as a portal for communities to transfer value between one another and facilitate other, yet to be imagined use cases.  Bitcoin is a public utility and as such I believe it should have public interfaces.

When we're talking about trees, the bigger and older the better. Hence the Giant Sequoia should be considered first if the local climate permits.  Other awe-inspiring trees such as Baobab or Banyan trees can be used in warmer climates. Another version of this could involve productive food bearing trees such as fruit trees or chestnut trees whose produce could serve as a recurring revenue stream along the lines of what Joel at Untapped Growth is doing with cattle.  The important thing is for bitcoiners to establish positive long-term projects in the physical world and trees are a wonderful, highly accessible way to do this.

A Bitcoin Tree Forum doesn't have to be public.  It can be as simple as a grove of unmarked trees planted by a bitcoiner.  It can also have a lightning QR code metal plate anchored nearby to route any inspired person's donations to the Human Rights Foundation or a Bitcoin development fund.  In its fullest form however it can be a grove of sequoias planted at city hall with a Bitcoin node running inside a weather proof case, hosting weekly gatherings for like-minded people doing the work of building civilization.  The node-grove can also act as a direct economic connection to a sister city on the other side of the world, thus facilitating cultural exchange and enrichment.  Think of it too as a hyper flexible opt-in parallel local government helping to re-engage citizens in bettering their communities thus engendering a kind of civic renewal.

If enough bitcoiners embrace this concept an incentive structure can be layered on top of it funded by donations.  This voluntary cultural enterprise could be called Proof of Growth.  For those willing to participate, whether they be individuals or municipalities, submission of some form of proof that their trees are still alive qualifies them for a lottery administered at each halvening (details of this are admittedly tricky).  Beyond incentivizing the planting of trees, this Proof of Growth festival would have the benefit of helping to bootstrap a civically engaged culture centered around the most important Bitcoin native event.  As early adopters of Bitcoin, we have the opportunity to lay the foundations of a new culture. We should not take that opportunity lightly. Proof of Growth could be one such attempt.

To get things started, I’ve begun a humble sequoia nursery in my backyard with 70 trees so far.  I hope to partner with forward thinking citizens, business owners, and mayors to begin founding the first Bitcoin Tree Forums as soon as possible.  For those interested in partaking, I invite you to visit BTreeC.com and sign up for the newsletter.  You can also follow me on twitter @btcfangorn.  For the skeptics, I invite you to at least plant some trees, the bigger and longer lived the better.  Plant a sequoia if you can.  Someone three thousand years from now will thank you.

The best time to begin a Bitcoin Tree Forum was January 3rd 2009. The second best time is now. 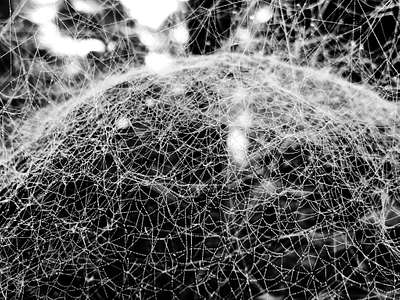 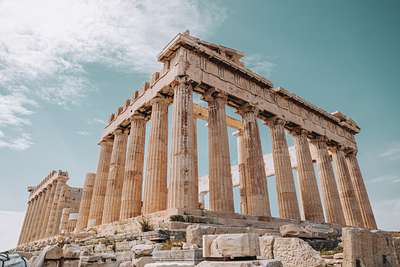